A couple of weeks ago I attended an Open Water Swim Camp in La Jolla, CA. It was led by Sally Minty-Gravett MBE and Dan Simonelli. We had a lot of fun talking all things swimming: nutrition, goal setting, adventure, mindfulness, and the love of the sport.

The first day of the clinic, Saturday, I woke up feeling like I was going to vomit. My anxiety was through the roof. I was worried that I’d be the slowest person there and that I’d either get left behind, or hold the group back.

Instead of allowing myself to be consumed by my own emotions though I grabbed my prepacked bags and drove the 25 minutes to my favorite swimmy place. Once there Dan greeted me warmly as he always does, he’s one of the most kind people you’ll ever meet. Sally introduced herself to me- though I was already aware of who she was, because of her recent two way English Channel crossing. I then met Joan and Karen- who is my long lost mer-sister.

It was cool and drizzly. The surf was high, but the sea was welcoming. We swam south from La Jolla Shores towards the caves and the cove. Due to the rough conditions we only swam about a mile, but it was great. That afternoon we had a pool session where Sally critiqued our strokes (she kept on me to lengthen my stroke. Ha! A familiar plea often repeated by my coach, Kevin). Late in the afternoon when the sun was low and the wind was howling Dan talked about opportunities and how taking them and using them as learning tools is so important. I didn’t want to swim that night. The air was cold, I was cold, and I was tired. I remembered Dan’s words about using the opportunities as learning experiences and I looked at Karen and we changed back into our bathing suits. We attached lights and glow sticks to the backs of our goggles and tip toed in. Swimming in the ocean is always a little eerie- what sees me that I don’t see? The sea is so huge and it makes me feel so small. Swimming at night was an all new experience. Being face down in the water in the dark deprives you of your senses. We dove under waves and our glow sticks lit up the white wash. I kept close to Dan- again not wanting to get left behind. I kicked him,  swallowed a mouthful of water, and then dunked him when I got tossed by a wave. It was great. We were only in for about 20 minutes, but it was one of those great learning opportunities.

I drove home and fell asleep quickly. When I woke up I was excited for our long kayak assisted swim. We met Sunday morning at La Jolla Shores. The water was still chilly (55-56f), but again this was an opportunity. Karen and I swam south to the cove and then back north towards the shores where Dan met up with us in his Kayak. We swam further south to Scripps Pier and then part way back to the cove and finally we made it back to the shores again. At one point I told Dan I was only going to swim 2.5 hours, he looked at me and said how about 3? It was only half an hour longer than I anticipated, so I agreed. We only swam about 4 miles, but we were in the water for roughly 3 hours and 10 minutes. We showered, ate, drank, and shared more laughs.

The weekend ended and I felt like I could take on anything. 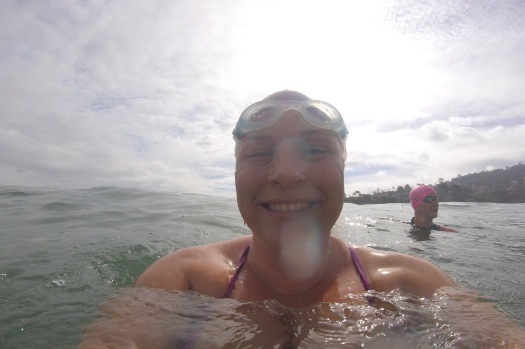 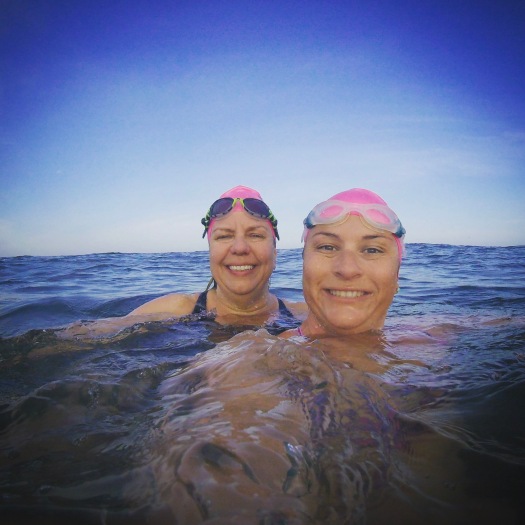 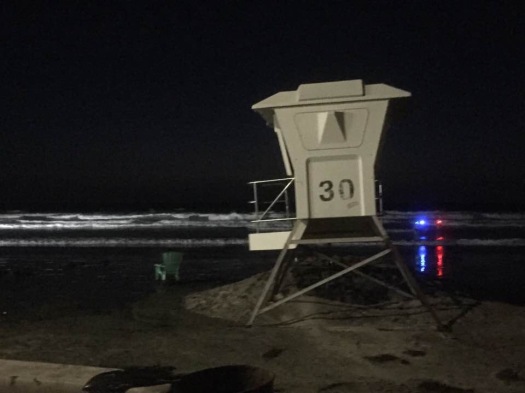 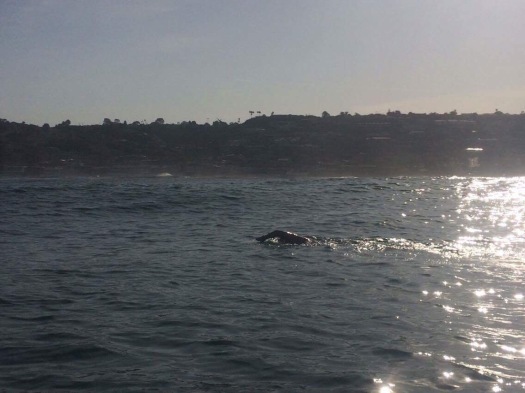